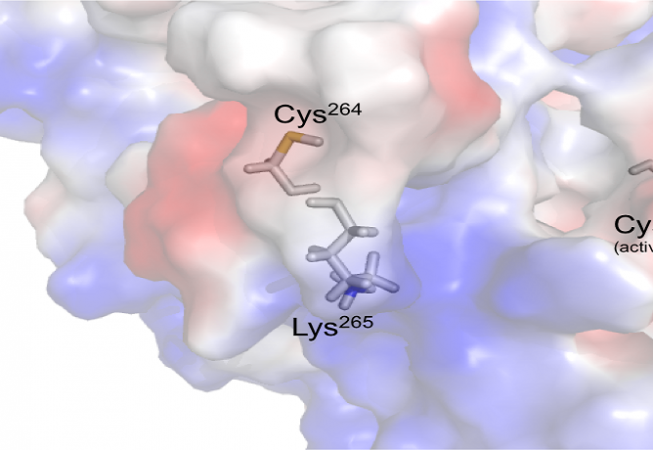 Enzymes and proteins play important roles in biological processes of all living organisms; their functions are regulated through allosteric mechanism, which are initiated through the binding of a ligand or inhibitors by covalently of non-covalently with the protein or enzymes other than active sites (orthosteric). Caspases, a family of cysteine proteases, are playing essential roles in apoptosis, Inflammation and neurodegeneration. There are many examples of covalent orthosteric drugs, including aspirin, although their development has received mixed reactions because of toxicity concerns. Unlike covalent orthosteric drugs, covalent allosteric drugs are a nascent area. The successful tethering of allosteric small-molecule inhibitors in the caspases can be viewed as a first-generation covalent allosteric drug design. This advance was made possible through the identification of an allosteric site at the dimer interface or on the loops of caspases. Inhibiting only one caspase over the other caspases is a challenging because some of the caspases are closely related to each other for example caspase-6 is closely related with caspase-3 and -7. Caspase-6 cleaves many proteins involved in neurodegeneration: tau, amyloid precursor protein (APP), Huntington protein (HTT). To date the most selective reported casp-6 inhibitors are only 10-fold selective over the most closely related caspases. We have discovered unique casp-6 inhibitors that are 500 to 10,000-fold selective over the two most closely related caspases. These  inhibitors are extremely selective because they bind covalently to cys264, a residue which is present only on Loop-4 in casp-6 but not in any other caspase.