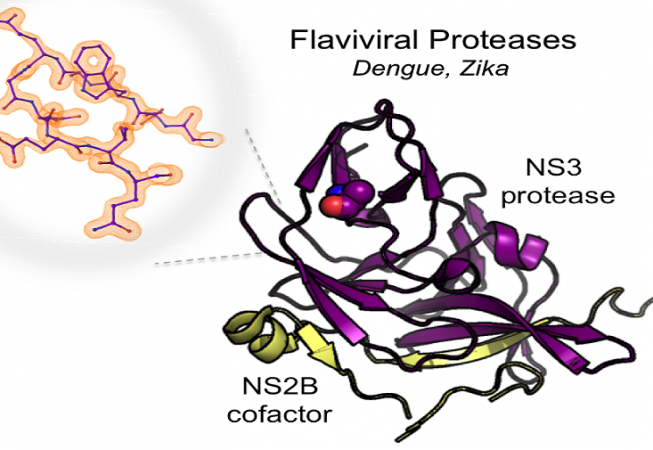 Flaviviruses, including dengue virus and Zika virus, contain a positive-sense RNA genome that is expressed as a single polyprotein precursor.  Production of the active virus is dependent on the viral protease (NS2B-NS3pro) to cleave the polyprotein.  As such, the protease is an excellent target to treat individuals who have been infected.  Despite this knowledge, no protease-directed therapies have yet emerged, likely because most drug discovery efforts have focused on the active site. We are interested in studying allosteric sites on these viral proteases as an alternative way to inhibit their function.  We have already identified a novel allosteric site centered at A125 that blocks the motion of a critical loop required for proteolytic activity.   Our current research efforts are focused on discovering allosteric compounds that lock the enzyme into an inactive conformation and crystallizing such states to better understand the mechanism of inhibition.